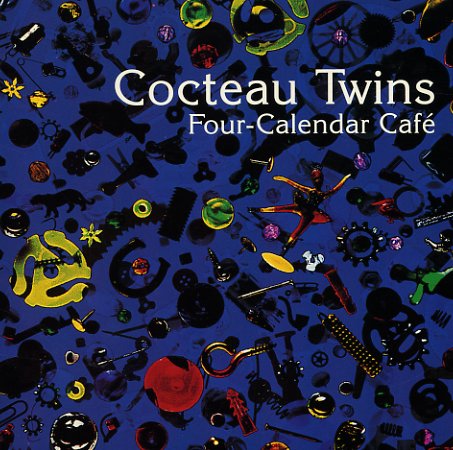 The Cocteau Twins have definitely tightened up their sound a bit here since their early days on 4AD – but the group have also held onto everything that's great about their music, and, at some level, use the album as an answer to all of the other groups at the time who were messing about in the "swirl of sound" style they invented a decade before! Long before psych production was revived, fuzzy guitars were cool again, and even analogue elements found new love from the kids – The Cocteau Twins were breaking ground that was fresher than anyone else, and still sounds wonderful here all these many years later. There's definitely a sweetness here that the group never had a few records before – but that's also something that gives the record its really lasting appeal – on songs that include "Theft & Wandering Around Lost", "Oil Of Angels", "Evangeline", "Know Who You Are At Every Age", "Essence", and "Summerhead".  © 1996-2022, Dusty Groove, Inc.
(Out of print.)