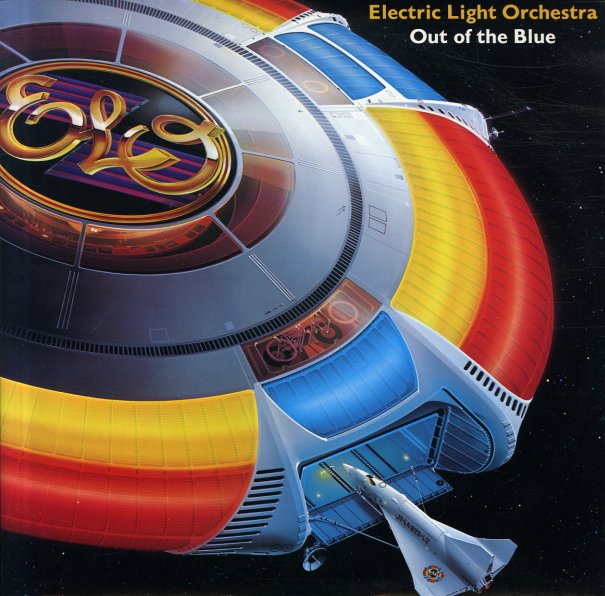 The crowning achievement of ELO at their best – a double-length set in which the genius of Jeff Lynne gets extra space to fully flower – and his mighty talents don't let up for a minute! The record's given us some classics over the years – standout tracks like "Mr Blue Sky", "Turn To Stone", and "Sweet Talkin Woman" – but the whole thing works perfectly together – as a sublime sonic treat that has all the Lynne studio genius coming into full focus, moving between different textures of electricity and light, through a set of songs that sound infinitely different than the group just a few years before. Other tracks include "It's Over", "Night In The City", "Starlight", "Jungle", "Believe Me Now", "Steppin Out", "Sweet Is The Night", "Standing In The Rain", "Summer & Lightning", "Wild West Hero", "The Whale", and "Birmingham Blues".  © 1996-2022, Dusty Groove, Inc.
(Includes the printed inner sleeves and poster. Cover has unglued seams, cutout notch, light wear.)

Eldorado
United Artists, 1974. Very Good+
LP...$13.99
A sublime set that really has Jeff Lynne and the group finding their sound – served up here in a blend of hits and overlooked album gems – with titles that include "Eldorado Overture", "Can't Get It Out Of My Head", "Boy Blue", "Larado Tornado", ... LP, Vinyl record album