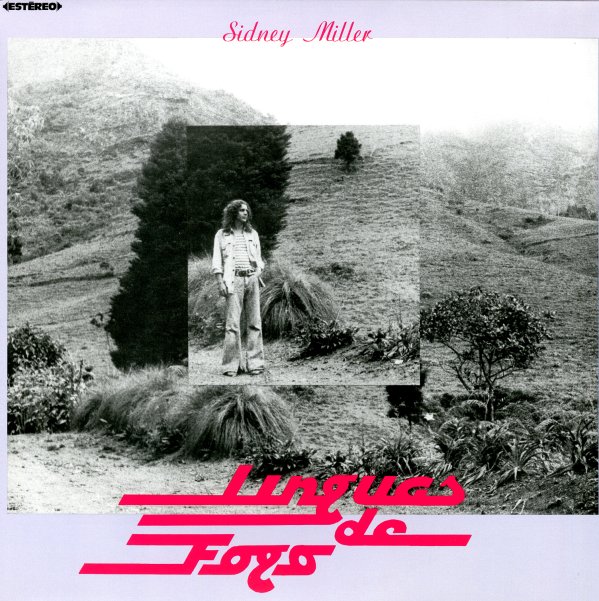 An unusual 70s session from singer/arranger Sidney Miller – an artist we know best from his lofty Elenco work of the 60s, but who's working here in a completely different mode! The style here is personal, almost gentle at times – following in a mode that recalls some of the Milton Nascimento/Lo Borges recordings of the period, especially in the way that Miller can mix complicated backings with a heartfelt and closely-recorded lead vocal. There's a few nice jazzy touches in the phrasings of the tunes, as well as some occasional Blue Brazil-styled backings – and titles include "Alo", "Linguas De Fogo", "Cicatrizes", "Alento", "Espera", "Dois Toques", and "Pala Palavra".  © 1996-2022, Dusty Groove, Inc.
(Out of print, 2010 SHM-CD pressing – still sealed with obi!)

Caymmi
Som Livre (Brazil), 2013. Used
CD...$24.99
The Caymmis do a great job of summing up their family legacy here – working on a set of tunes mostly written by the elder Dorival Caymmi, but given a set of youthful arrangements by Dori Caymmi – and sung beautifully by all three members of the family! Vocals alternate nicely – ... CD

Olha Que Coisa Mais Linda – Uma Homenagem a Tom Jobim
Som Livre (Brazil), 2001. Used
CD...$9.99
The genius of Tom Jobim needs no introduction – which is one of many reasons why this loving set of tributes to his work is so great! The 16 track compilation is put together from a set of live performances dedicated to Jobim – and Brazilian singers of recent and classic vintage run ... CD

Claudia (1967)
RGE/Som Livre (Brazil), 1967. Used
CD...$18.99
Soaring vocals from the lovely Claudia – heard here in an early session with really inventive arrangements from Francisco Moraes, and tight jazzy backings from the Luiz Loy Quintet! The style isn't as typically bossa as you might think – and Claudia shifts easily between older modes ... CD

Plunct Plact Zum (Master Trilhas Series)
Som Livre (Brazil), 1983. Used
CD...$19.99
A quirky little soundtrack from the second decade of the Brazilian novela genre – one that's got a fair bit of mainstream rock modes, but also some of the more playful elements you might expect from the title and cover! We haven't seen the show, so we're at a loss as to the nature of the ... CD

Vivo
Som Livre (Brazil), 1976. Used
CD...$14.99
A great live presentation of the 70s genius of Alceu Valenca – one that really keeps the organic feel of his best work in the studio, while adding in some of the spontaneity and warmth of a concert! Valenca plays acoustic guitar and sings amidst a smallish group that includes Ze Ramalho on ... CD

Guilherme Arantes
Som Livre (Brazil), 1976. Used
CD...$6.99
A great bit of mainstream rock from mid-70s Brazil – composed, arranged, and sung by Guilherme Arantes – all with a catchy and compressed feel that's a fair bit like some of the best singer/songwriter work coming from the American west coast at the time! The tunes here are unabashedly ... CD

Nacao Zumbi (2014)
Som Livre (Brazil), 2014. Used
CD...$4.99
Excellent work from Nacao Zumbi – one of the first groups to showcase the new sound of music in Brazil 20 years back – and still a combo who can come up with the good when they want to! The music here remains very true to the best NZ groove – a heady brew of rootsy elements, ... CD