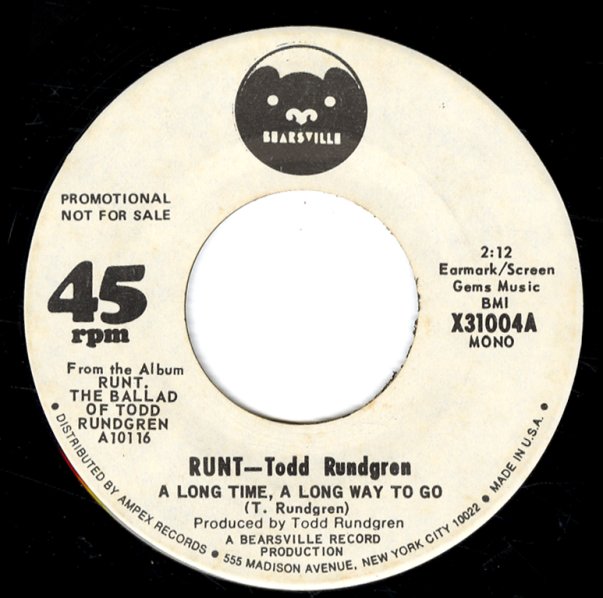 (Promo in a company sleeve.)

Gimme Some (parts 1 & 2)
Down To Earth, Late 60s. Very Good+
7-inch...$4.99
Very nice funky stuff! This may be the best single ever by this lost Chicago funk artist. It's got a great hard groove, in a very James Brown way, and raw heavy lyrics in the best funky 45 tradition. 7-inch, Vinyl record

Groove Into It/Let it Be
Liberty, Late 60s. Very Good+
7-inch...$4.99
"Groove Into It" is kind of a wild uptempo soul cut penned by Lalo Schifrin, and is listed on the label as being from the film "Pussycat, Pussycat I Love You", which we've never heard of. "Let It Be" is a soulful version of the Beatles big hit. Both sides are from ... 7-inch, Vinyl record

Tramp/Tell It Like It Is
Stax, Late 60s. Very Good
7-inch...$3.99
Of all the "tramp" songs of the 60s, this funky duet by Otis Redding and Carla Thomas is certainly the best! It sounds great on this nice original 45, and it's backed by another duet that you'll certain recognize. 7-inch, Vinyl record

Music/I'll Always Love You
Smash, Mid 60s. Very Good
7-inch...$9.99
A wonderful single from this incredible harmony group! The Festivals should have been as big as the Impressions, Artistics, or other Chicago groups of the time – as their sound was perfect – hitting on all burners, running high and low without ever missing a beat. Both cuts here are ... 7-inch, Vinyl record

Country Girl Returns (parts 1 & 2)
Torrid, Early 70s. Very Good+
7-inch...$3.99
A nice bit of later Chicago blues from Lucille – done in a slow and heartfelt style, with a good dose of humor too – as you'd guess from the title! 7-inch, Vinyl record