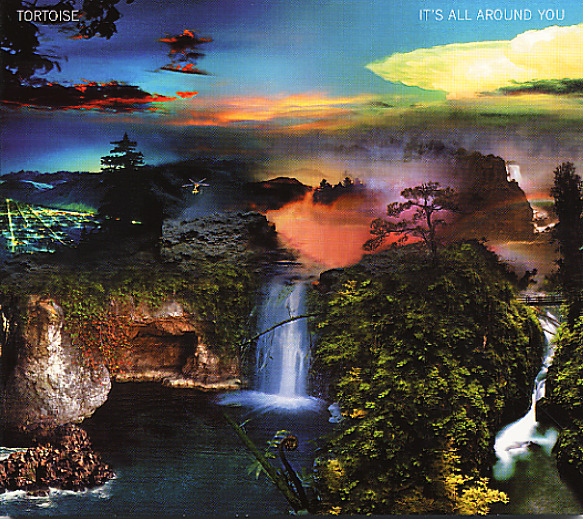 Wow, this is SO not the Tortoise that first set the underground aflame in the early 90s – the group has evolved and opened up in ways we never would have expected. With It's All Around You it's emerged with an airy, open, stargazing set of tracks that resemble the languid atmosphere of Tangerine Dream as much as they do early post rock! Gone, for the most part from early Tortoise is that strong, rubbery electric bass groove and tightly thudding live drum sound. It's All Around You retains the bright vibes and sputtering electronics of the TNT album, and the out front, almost rock & roll guitar lines of the Standards album – and adds an ever present, ambient synthesizer bubble of sound to surround the thing. It's all so catchy, too, and almost sunny. If Tortoise hasn't really broken any new ground this time, it's only because they're the ones who broke it in the first place. Tracks include "It's All Around You", The Lithium Shifts", "Crest", "Stretch", "Dot/Eyes", "By Dawn", "Five Too Many" and more.  © 1996-2021, Dusty Groove, Inc.