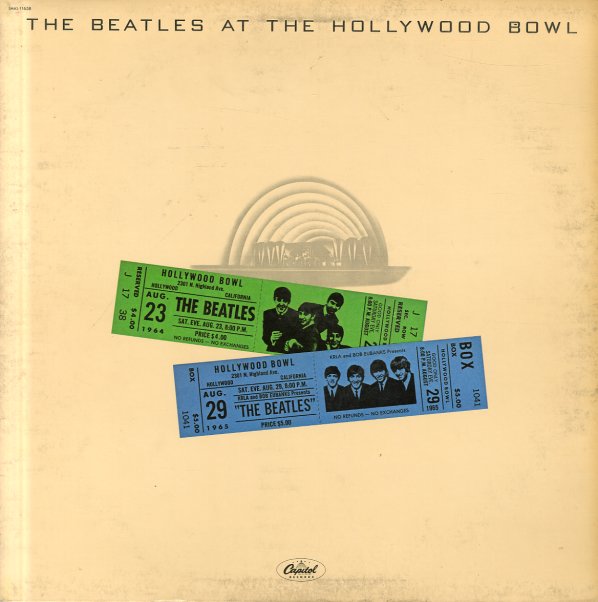 Beatles At The Hollywood Bowl

(In the non-embossed cover, includes the printed inner sleeve. Cover has light wear and a cutout hole.)

Beatles – The White Album
Apple, 1968. Good 2LP Gatefold
LP...$19.99 (CD...$4.99)
The Beatles at their late best – on 1968's self-titled set – now immortalized as The White Album! The White Album capped offed a period of intense creativity for the band with a double that's as freewheeling as anything they'd ever release. It's got raw rockers with wry lyricism, ... LP, Vinyl record album

Introducing The Beatles
Vee Jay, Early 60s. Very Good
LP...$14.99 (CD...$14.99)
A very unusual early moment for The Beatles – a record issued in the US not on Capitol, but on the Chicago soul imprint Vee Jay Records – a company who reportedly took the group on as a favor to EMI, because they wanted to release a set by Frank Ifeld! LP, Vinyl record album