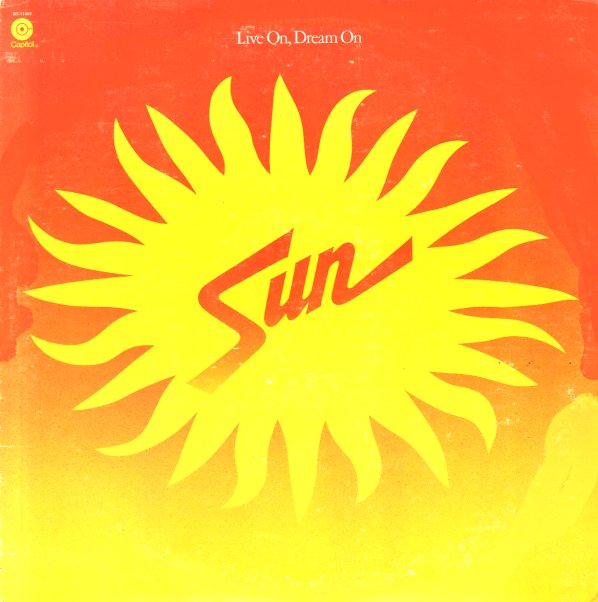 Live On Dream On (aka Wanna Make Love)

One of the greatest records ever cut by Sun – the late 70s funk group who produced some excellent albums for Capitol Records – a group whose records never made the charts as strongly as their contemporaries, but not for lack of quality! This set's a great batch of heavy ensemble funk with an edge that's not always heard on other Sun records – lots of razor-sharp guitars riffing away in saw-cut modes, striking hard at the grooves of the record, and chilling out nicely for the mellower cuts. The blend is wonderful – totally tight, and totally top-shelf all the way through – yet never in a commercial way at all. Titles include "Wanna Make Love", "My Woman", "Live On Dream On", "The Show Is Over", "Love Is Never Sure", and "They're Calling For Me".  © 1996-2021, Dusty Groove, Inc.
(Cover has some splitting in the bottom seam, in nice shape otherwise!)

Blood Brother
Capitol/Haven, 1974. Very Good+
LP...$19.99
A strange little soul album – produced and written by the team of Dennis Lambert and Brian Potter, with arrangements by Michael Omartian, and an overall sound that's kind of a mixture of soul and more baroque type backings. The whole thing's not bad overall – but it does lack the punch ... LP, Vinyl record album