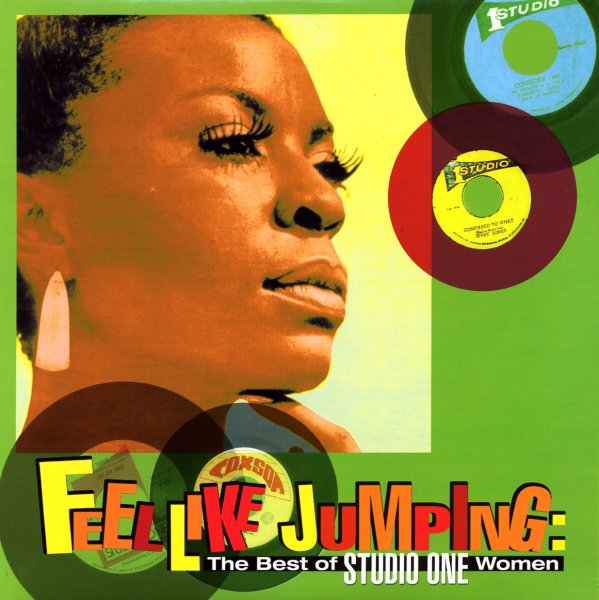 An excellent collection showcasing the gentler gender's work for Coxsone Dodd! Women singers get overlooked often in collections of reggae, and certainly there are less recordings of female vocalists emanating from Jamaica, but this nice batch of tracks does a great job of working to correct that, featuring golden throated sisters and nothing but pure Studio One sweetness! 16 tracks in all, including "Don't Wory About Me" by Nana McLean, "Sleeping Trees" by Nina Soul, "FeelLike Jumping (original version)" by Marcia Griffiths, "No No No (original version)" by Dawn Penn, "Whisper To Me" by Cecille Campbell, "Try A Little Smile (extended mix)" by Doreen Schaffer, "Sea Puss & Bammie" by Little Audrey, "Buck Town Corner" by the Jay Tees, "Consider Me" by Jennifer Lara and "Secretly" by Hortense Ellis.  © 1996-2021, Dusty Groove, Inc.
(Out of print, punch through barcode.)