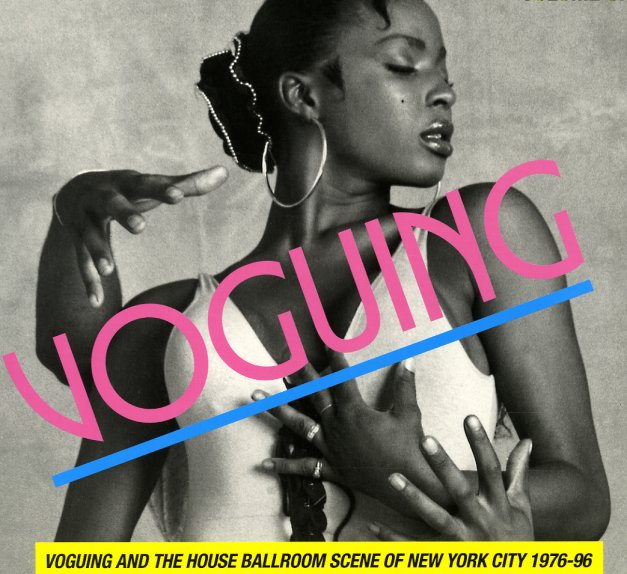 A musical document of an amazing moment in the New York scene – the late 80s/early 90s wave of vogue balls – which were almost a collision of club culture with high fashion! There was a particularly rich gender-bending element to the vogue scene – and the music that accompanied it was a key part of that activity – tracks that had already risen to fame in crossover clubs from previous years, taken to new heights by DJs who provided music along with the voguing activity – in a great array of grooves from the disco years through early house music, brought together in ways that made 80s musical evolution make a heck of a lot of sense! The compilation album is a companion to the excellent book of the same name – also by Soul Jazz – and this 2LP part 1 version features tracks that include "Moment Of My Life" by Inner Life, "The Ha Dance (Ken/Lou mixx)" by Masters At Work, "Just Like A Queen (share the throne mix)" by Ellis D, "Is It All Over My Face" by Loose Joints, "Body Drill" by 2 Body's, "Love Hangover" by Diana Ross, "The Witch Doctor (dark ages mix)" by Armand Van Helden, and "Break 4 Love (Spanish fly mix)" by Raze.  © 1996-2021, Dusty Groove, Inc.

Brazilian Guitar Fuzz Bananas – Tropicalista Psychedelic Masterpieces 1967 to 1976
World Psychedelic Classics/Tropicalia In Furs, Late 60s/1970s. Near Mint- 2LP Gatefold
LP...$24.99 (CD...$7.99)
A fuzzed out treasure trove of rare Brazilian psychedelia – wild stuff that's in many ways akin to the freewheeling sounds of the Tropicalia movement, but not necessarily taking on the cultural and political weight of that movement – and more about the boundless spirit of psychedelia ... LP, Vinyl record album

Kings Of Disco – Compiled By Dimitri From Paris & Joey Negro – Part A
BBE/Rapster (UK), Late 70s/Early 80s. Near Mint- 2LP
LP...$59.99
A motherlode of rare disco tracks – brought together by two guys who know rare disco better than most of us – Dimitri From Paris and Joey Negro! Both Dimitri and Joey have been collecting for years – turning over crates worldwide in search of rare singles and recently burning up ... LP, Vinyl record album

This Ain't Chicago – The Underground Sound Of UK House & Acid 1987 to 1991
Strut (UK), Late 80s/Early 90s. Sealed 2LP Gatefold
LP...$24.99
This ain't Chicago, but the sound here owes plenty to the Windy City as well – as the collection documents an amazing criss-crossing of cultural modes that occurred when early UK house musicians took the sound of the underground into the bigger British club scene! In a way, this music's a ... LP, Vinyl record album

Rappin' Dancin' & Laughin'
Weird World, 1980. Near Mint-
LP...$7.99
Blowfly changes up his groove nicely for the 80s – taking on a tightly-stepping approach to funk that's clearly inspired by some of the changes on the west coast scene – using Zapp-ish rhythms in a mode that ends up working pretty darn well for his off-color spoken lyrics! There's ... LP, Vinyl record album