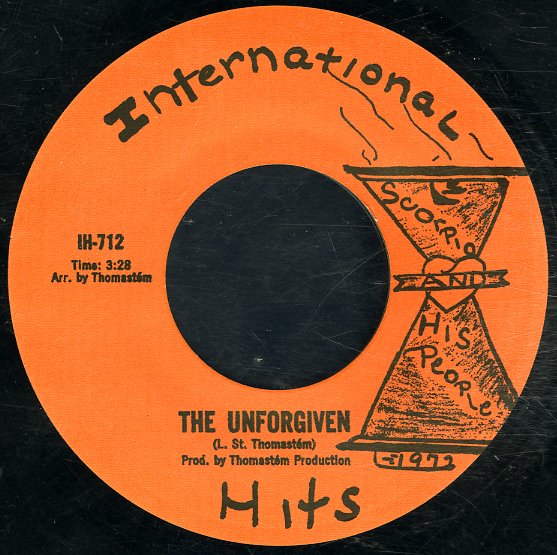 A really unique funky gem – and a near-legendary single from Scorpio & His People! "Unforgiven" has a brilliant blend of deep funk and falsetto vocals – stepping slowly over the top with a surprising amount of power, while the band turns, dips, and chugs along heavily at the bottom – all with a bad-strutting groove that's heavy on the bassy end of the spectrum – which makes for a great contast to the lyrics! "Theme From Movietown Sound" has a similar blend, but a different groove too – thanks to these heavy piano lines that roll back and forth with the rhythms!  © 1996-2021, Dusty Groove, Inc.
(Limited repress – legit and with a great look!)