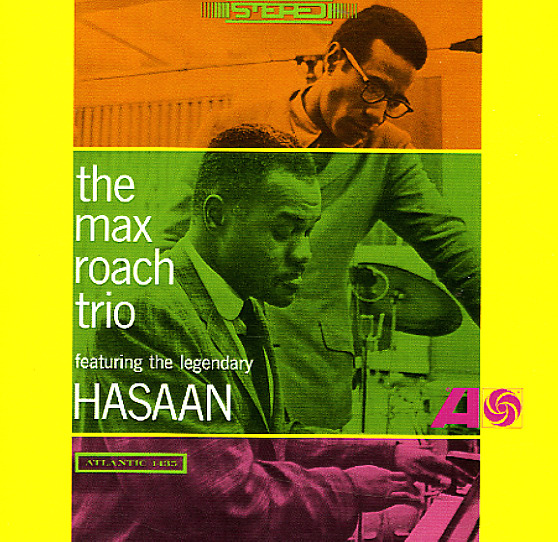 A very unusual album from Max Roach – and one that continues his great 50s trend of seeking out some of the freshest players in jazz! The set's a rare trio outing for Max – and it features some incredible piano work by a musician named Hasaan – a player we only know from this set, but who's a cooking modernist with a vibe that ranks him right up there with postwar greats like Thelonious Monk, Randy Weston, and Herbie Nichols! With references like those, you can bet there's plenty of sharp edges in the piano – but the tunes also have a subtle, soulful feel too – a sense of humanity that's really wonderful. The album includes the tracks "Off My Back Jack", "Almost Like Me", "To Inscribe", "Pay Not Play Not", and "Din-Ka Stret", all written by Hasaan.  © 1996-2021, Dusty Groove, Inc.
(Out of print US pressing with a small cutout notch through the spine.)