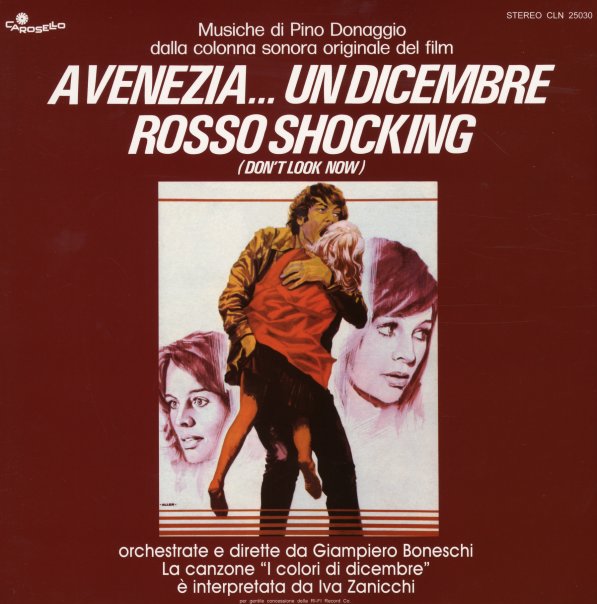 A really spooky soundtrack from Pino Donaggio – even if the instrumentation is somewhat standard! The music is for the great Nicolas Roeg film Don't Look Now – set in a slowly rotting Venice, and filled with moody mystery and hints of horror – but all elements that never fully get exposed or explained in the narrative! Donaggio's music is a bit like that – outwardly familiar, but always a bit unsettling – but in ways that are very different from the more direct approach of standard Italian horror work of the 70s.  © 1996-2021, Dusty Groove, Inc.
(Recent red vinyl reissue.)

Don Camillo
Digitmovies (Italy), 1984. Sealed
LP...$14.99
A remake of the earlier Don Camillo film from the 50s – done here with music that's got an even more sprightly feel! You might know Pino Donaggio from darker, more serious soundtracks – but here, he uses a mix of keyboards and woodwinds to craft lots of groovy tunes that are in the ... LP, Vinyl record album