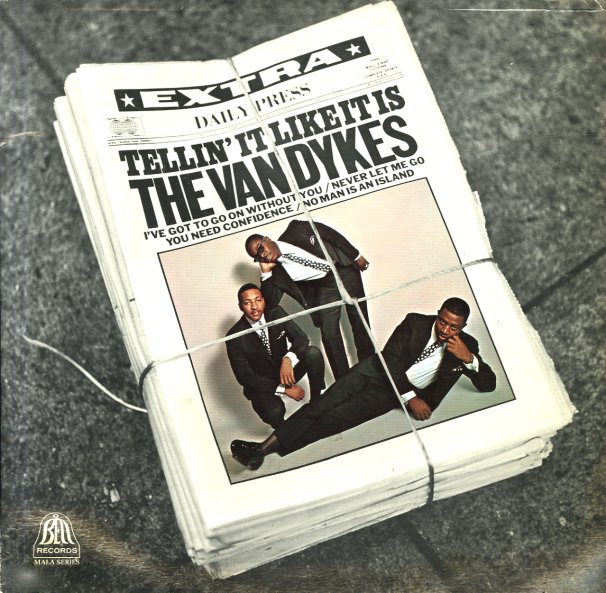 Great raw vocal group material by the Van Dykes – a southern male vocal trio with a style that covered a number of different areas, from hard post-doo wop harmony, to sweeter Impressions-like soul. We'd only heard a couple of the group's singles for the Mala label, and we're really pleased to discover how much of their stuff is on a par with what we'd already known!  © 1996-2020, Dusty Groove, Inc.
(Mono blue label pressing with Bell Sound stamp. Cover has a small cutout hole, in great shape otherwise!)

O'Jays (Bell pressing)
Bell, Early 70s. Very Good+
LP...$5.99
This is the second version of an album that was first pressed under the title Back On Top – repackaged here with a slicker cover during the early 70s, to cash in on the fame that the O'Jays were having at Phily International. Although the group's Philly recordings are always touted as some ... LP, Vinyl record album