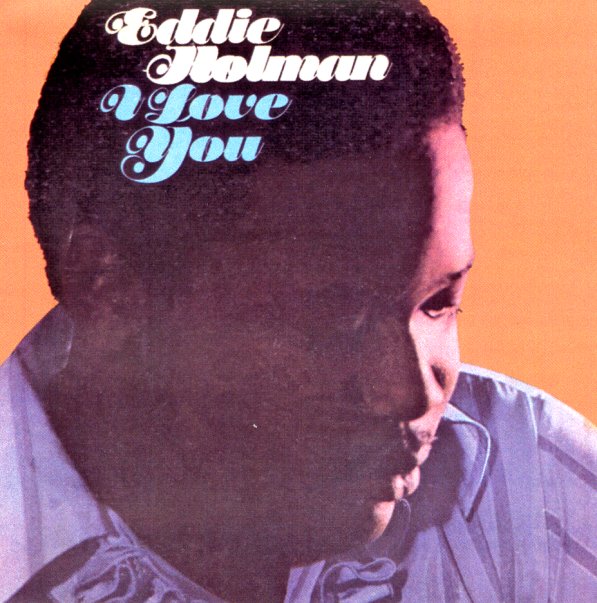 Also available
Eddie Holman — I Love You ... LP 14.99
Eddie's masterpiece LP of late sixties soul, with the classic "Hey There Lonely Girl", the title cut, and a lot of other great original compositions. The sound on here is perfect, and nearly every cut shines. There's almost no filler, and Eddie's voice is strong, beautiful, and has a raspy edge that sounds great! We love this one to death, and it's a surprisingly great album all the way through by a star that you might mistake for a one-hit wonder. Titles include "I Cried", "Let Me Into Your Life", "Am I A Loser", and "Four Walls".  © 1996-2022, Dusty Groove, Inc.
(Out of print.)

Celebration Of Soul Vol 1 – The Chi-Sound Records Collection
Chi Sound/Varese, Late 70s/Early 80s. Used
CD...$7.99
A wonderful look at the later years of Chicago soul – a collection that brings together work from Chi-Sound Records, the imprint formed by producer Carl Davis after years of working with Windy City artists on labels like Okeh and Brunswick! Both Davis and the Chicago scene were reaching a ... CD

Shining Through The Rain
Varese, 2004. Used
CD...$6.99
The first album in over a decade from southern soul legend Percy Sledge – a professional, yet rootsy session that's very much in keeping with most of Percy's work in later years. The core combo on the set features organ and piano work by the classic soul session man Clayton Ivey – and ... CD

Girls! Girls! Girls! – 25 All-Time Classics Of The Girl Group Sound
Varese, 1960s. Used
CD...$14.99
Some of the sweetest sounds of the 60s – a treasure trove of 25 girl group classics! This extremely well-chosen set is great in that it not only includes work by some of the biggest and best acts of the time, but also in that it blends together trio tunes with tracks by single artists, but ... CD

Mandrill
Polydor/Collectables, 1970. Used
CD...$8.99 (CD...$11.99)
A masterpiece of freeform funk from Mandrill – New York group at the start of the 70s, but one who work here with the best longform jamming styles of the Bay Area scene! The combo draw equal influence from jazz, funk, soul, and Latin – using all elements in a unique hybrid that's all ... CD