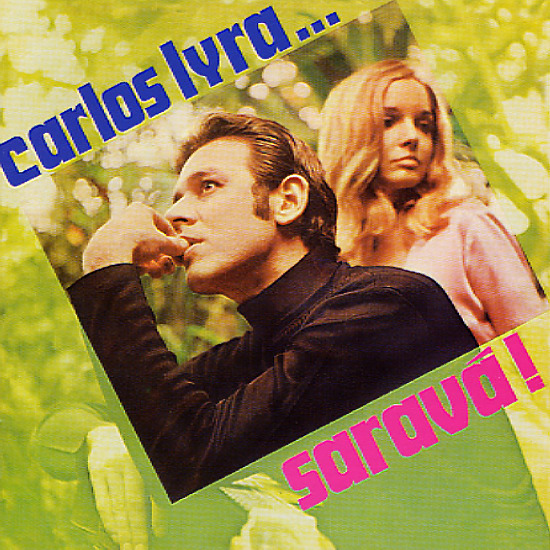 A great session by Carlos Lyra – recorded a few years after his bossa-era classics, but with a very similar feel! Carlos' vocals and guitar are as wonderful as ever – soft and gentle, with the right touch of sad emotion, but still the slight jazzy swing that's always made his work so great. The session was actually recorded in Mexico – and is one of Lyra's rarest albums – and in a way, the whole thing's even more unique than some of his better-known classics from earlier years! Titles include "El Jacal", "Blanaceo", "Vacilada", "Para No Decir Adios", "Lugar Bonito", and "Viene Del Amor".  © 1996-2022, Dusty Groove, Inc.
(Out of print.)