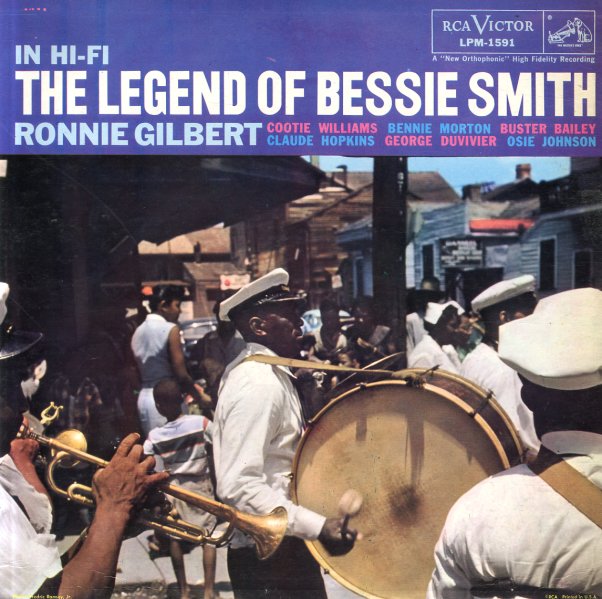 In Hi-Fi – Legend Of Bessie Smith

(Mono pressing with deep groove. Cover has a split top seam, a Sealed For Your Protection sticker at the opening, and discoloration from age in back.)