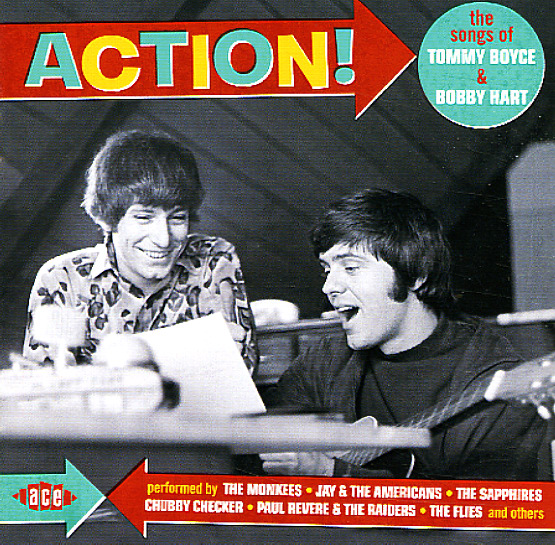 A killer tribute to the 60s songcraft of Tommy Boyce and Bobby Hart – who are probably best-known as the songwriters behind many songs by The Monkees – but they're terrific performers in their own right, on top of penning tunes for the creme of the 60s crop! This set goes a long way towards demonstrating their range. It's got all great songs by legendary groups and singers – including veterans like Fats Domino and Chubby Checker – who were seeking fresh heat at the time – plus great stuff by Boyce & Hart themselves, Paul Revere & The Raiders, Dino, Desi & Billy, The Shangri-Las, The Ikettes, The Standells, The Honeybeats and more! Includes "Valleri" by The Monkees, I Can't Get Him Out Of My Mind" by Sandra Dee, "(He's Gonna Be) Fine Fine Fine" by The Ikettes, "She" by Del Shannon, "Lazy Elsie Molly" by Chubby Checker, "Too Many Teardrops" by Bobby Hart, "Be My Guest" by Fats Domino, "Beverly Jean" by Curtis Lee and more. 26 in all.  © 1996-2020, Dusty Groove, Inc.