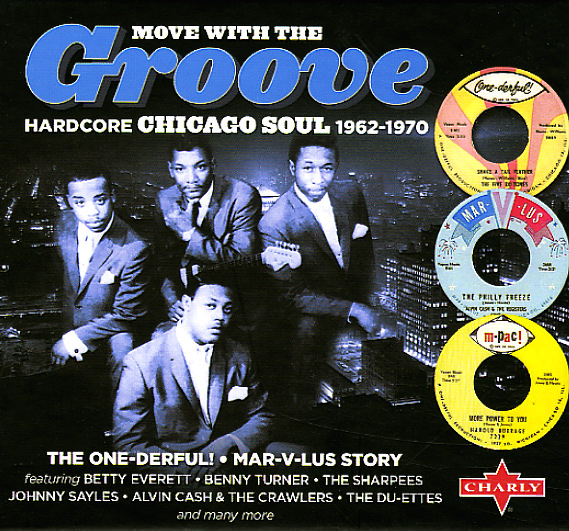 Seminal soul from one of Chicago's greatest labels in the 60s – the One-Der-Ful/Mar-V-Lus imprints, plus tracks from related Toddlin Town too – home to some of the best indie work at the time! The quality here is right up there with the best you'd hear from Chess, Okeh, or Brunswick in the 60s – no surprise, since the pair of labels shared lots of similar talents with the bigger companies – as well as session men, songwriters, and producers too! The full scope of Chicago soul is really covered here – upbeat groovers for the dancefloor, heartfelt ballads with great harmonies, and some of the harder-edged bluesy numbers that really helped put One-Der-Ful on the map! There's also some key early examples of funk – proof that in the 60s, Chicago was one of the hippest scenes in the world – and the set comes with 2 CDs, nestled in a hardback booklet of notes and photos – with a whopping 50 tracks in all. Titles include "Tired Of Being Lonely" by The Sharpees, "Without You" by The Ulti-Mations, "That's How It Is" by Otis Clay, "Keep On Dancin" by Alvin Cash, "The Funky Judge" by Bull & The Matadors, "I Get A Groove" by Thomas East & The Fabulous Playboys, "Damper Down" by Bobby Davis, "The Town I Live In" by McKinley Mitchell, "Come Back Home" by Beny Turner, "Master Key" by Harold Burrage, "If I Could Live My Life All Over" by Dorothy Prince, "You Told A Lie" by Johnny Sayles, "New Girl" by The Accents, and "Don't You Worry" by Joe & Mack.  © 1996-2022, Dusty Groove, Inc.

Cellarful Of Motown Vol 5 – The Rarest Detroit Grooves
Motown (UK), 1960s/Early 70s. New Copy 2CD
CD...$14.99
A long-overdue fifth entry in this amazing series – and like the previous volumes, a double-length set of rare material from the Motown vaults! 20 of the 43 tracks on the set are previously unreleased – and all of the material here goes way past the hits – to really show the full ... CD