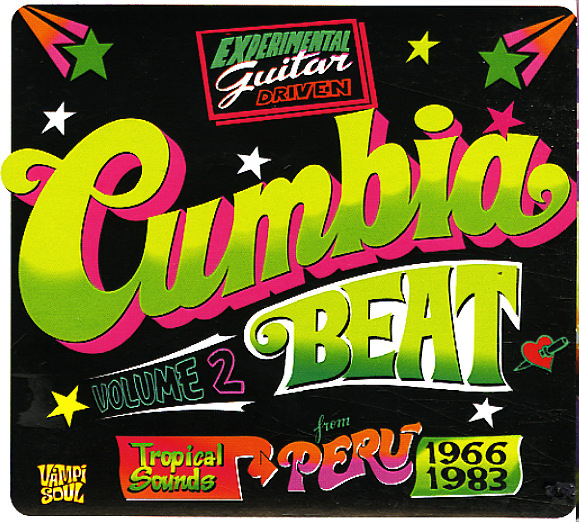 Amazing sounds from Peru – the kind of really mindblowing music that will grab your ears, no matter where you're from – and really knock you over with a weird and wonderful blend of styles! The rhythms definitely have some of the cumbia promised in the title, most of these numbers are electrified, and touched with plenty of influence from 60s instrumental and psychedelic rock – a special blend cooked up down in Peru, and originally issued on labels like Dimsa and Infopesa – beautifully collected here in a stunning set of tracks that are presented with richly detailed notes on the music! Many numbers are instrumental, but some are vocal too – and the package has a hefty 34 tracks in all, with titles that include "Mi Choza, Mi Chacra Y Mi Mujer" by Manzanita, "Boogaloo Del Perro" by Los Destellos, "Baila Flaquita Baila" by Los Ecos, "Illimana" by Los 5 Palomiullas, "Recordando A Fachin" by Juaneco Y Su Combo, "Sin Exito" by Grupo Celeste, "Selva, Selva" by Juanaco Y Su Combo, "Colegiala" by Los Ilusionistas, "El Panadero" by Los Beta 5, and "Peti Pan" by Los Demonios Del Mantaro.  © 1996-2022, Dusty Groove, Inc.