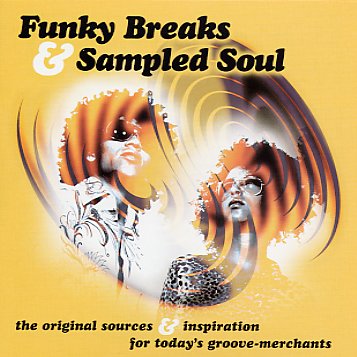 Famous break tracks abound – in this all-star batch of tracks that includes some of the better known samples from classic years! The tracks here go beyond the ordinary hip hop breaks, and include a number that have been used in more mainstream dance tracks as well – but that doesn't stop them from being great funk tracks on their own, making the set a delight no matter how you recognize the tunes! Titles include "Candy" by Cameo, "Super Freak" by Rick James, "Knee Deep" by Funkadelic, "You Can't Turn Me Away" by Sylvia Striplin, "Hercules" by Aaron Neville, "Wicky Wacky" by Fatback Band, "Funky Worm" by Ohio Players, "We Are Neighbors" by Chi Lites, "Are You Being Real" by Bar-Kays, "Funky Drummer" by James Brown, "Free At Last" by Al Green, and "I'm A Good Woman" by Barbara Lynn.  © 1996-2020, Dusty Groove, Inc.