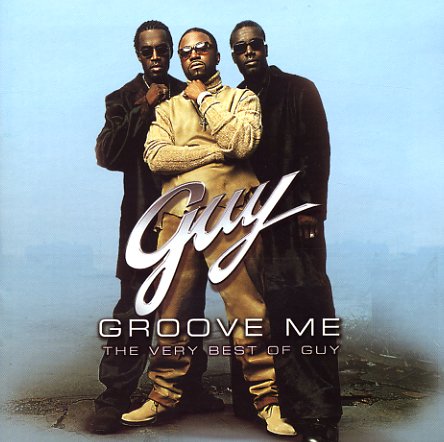 Groove Me – Very Best Of Guy

The best work by Guy – one of those soul groups that showed up on the scene just when we'd lost faith in soul groups, and breathed whole new life into the harmony format! The trio was a key part of Teddy Riley's new jack sound – but they had a deeper quality that's helped them last strongly for years. The set's a nice overview of their work, and features 17 tracks in all – including "Teddy's Jam", "I Like", "Spend The Night", "Round & Round", "Groove Me", "Teddy's Jam 2", "Why You Wanna Keep Me From My Baby", "Wanna Get With You", and "Piece Of My Love".  © 1996-2022, Dusty Groove, Inc.
(Punch through barcode.)

Memorial Album
Duke/MCA, Early 50s. Used
CD...$4.99 (LP...$9.99)
The only full album from Johnny Ace – a key figure in the Memphis scene of the 50s, and one of the first great casualties of rock and roll! Johnny was one of the first singers to record for the legendary Duke label, and worked in a mode that helped transform the smoother style of the west ... CD

Soul Master
MCA, Mid 60s. Used
CD...$8.99
An odd collection of tracks, but they're all great, and the set's an excellent batch of some of Chandler's harder-to-find material from the mid and late 60s! The tracks are pulled from his years at Chess, Brunswick, and Mercury (one of the advantages of the recent Universal/Polygram merger!) ... CD

Best Of Roy Ayers – 20th Century Masters The Millennium Collection
MCA, Late 70s. Used
CD...$4.99
Fantastic music by one of the all-time greats – easily one of our favorite soul artists of the 70s, and a hell of a jazz musician too! The tracks here are all from Roy Ayers' landmark run at Polydor Records – a place where he turned his straight jazz sound of the 60s into a mix of ... CD

Very Best Of Rufus With Chaka Khan
MCA, Mid 70s. Used
CD...$4.99 (CD...$6.99)
The best early work of this legendary group – a sublime meeting of the incredible vocals of Chaka Khan and the jazz funk goodness of Rufus – one of those 70s blends that so many others tried to copy, but never got this right ever again! Every cut's a gem – well-produced, tightly ... CD

Mac Band Featuring The McCampbell Brothers
MCA, 1988. Used
CD...$11.99 (CD...$12.99)
The Mac Band get their name from Charles and Derrick McCampbell – who duet on lead vocals on the set – but they also draw plenty of their sound from the team of LA and Babyface, who handle the leadoff tracks on the set – while also getting plenty of production help from David and ... CD