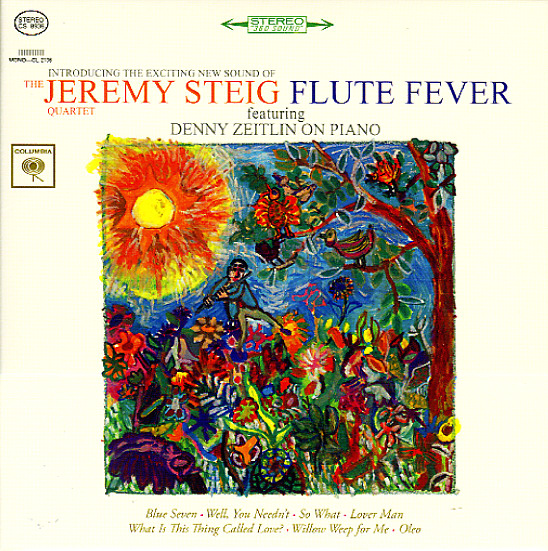 Fantastic early work from flautist Jeremy Steig – a 60s quartet session for Columbia that came several years before the funky style of some of his later work – and a damn great record, with lots of soulful touches! Part of this has to do with the rhythm section of Ben Tucker on bass and Ben Riley on drums – both of whom put a nice kick in the proceedings, and substantially ground and groove the solo work of Steig's flute and Denny Zeitlin's piano. On that note, Steig's and Zeitlin's solos are truly outstanding – more than delivering on the feverish promise of the album's title! Titles include "What Is This Thing Called Love?", "So What", "Willow Weep For Me", "Well, You Needn't", "Blue Seven", "Oleo", and "Lover Man". This excellent CD version from International Phonograph also includes the bonus first take version of "What Is This Thing Called Love?".  © 1996-2021, Dusty Groove, Inc.
(Great LP-styled gatefold cover – really beautifully done by International Phonograph!)