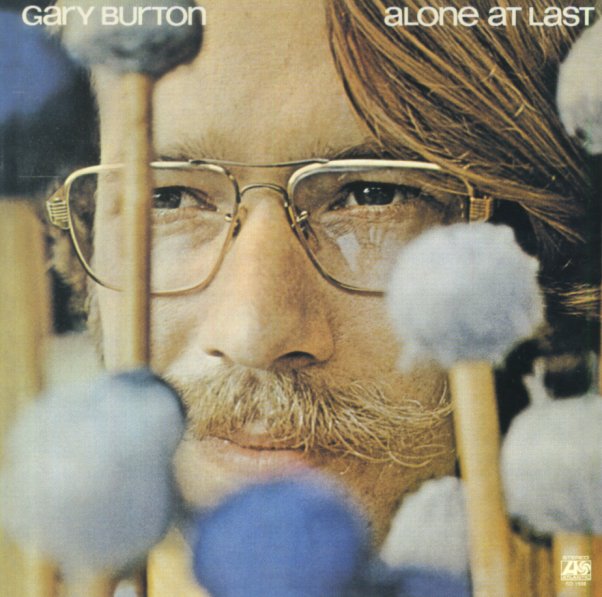 A mixed bag of tracks from Gary – but a really nice record overall, one that has him stretching out in the Atlantic years! 3 of the album's tracks were recorded live in Montreux, the others were recorded back in New York – and Gary plays a variety of instruments in addition to vibes, including electric piano, organ, and piano. Tracks are a mixture of modern and hippy, and titles include "Moonchild/In Your Quiet Place", "The Sunset Bell", "Hullo Bolinas", "General Mojo's Well Laid Plan", and "Chega De Saudade".  © 1996-2022, Dusty Groove, Inc.
(Cover has light wear.)

Tennessee Firebird
RCA, 1966. Near Mint-
LP...$29.99
Quite an unusual session from Gary Burton – recorded in Nashville, with a mix of jazz and country session players – coming together in an open-ended sound that's got lots of complicated touches. Gary's jazz side is represented by Roy Haynes on drums, Steve Swallow on bass, and Steve ... LP, Vinyl record album

Concerto Retitled
Atlantic, Late 60s/1976. Near Mint-
LP...$4.99
Early recordings by Joe Zawinul as a leader – mostly tracks from the 60s, but issued by Atlantic in the mid 70s to work off Joe's growing fame in Weather Report! The set's got a sound that's a fair bit different than some of the more dynamic work that Joe was doing in the 70s – and ... LP, Vinyl record album

Symbiosis
Atlantic (Italy), 1978. Near Mint- 2LP
LP...$44.99
One of the clearest demonstrations of the genius of Italian pianist Guido Manusardi on record – a set that's got lots of long tracks that really let him stretch out in beautiful ways! One LP features Manusardi in duets with bassist Red Mitchell – whose warm tones really bring out the ... LP, Vinyl record album