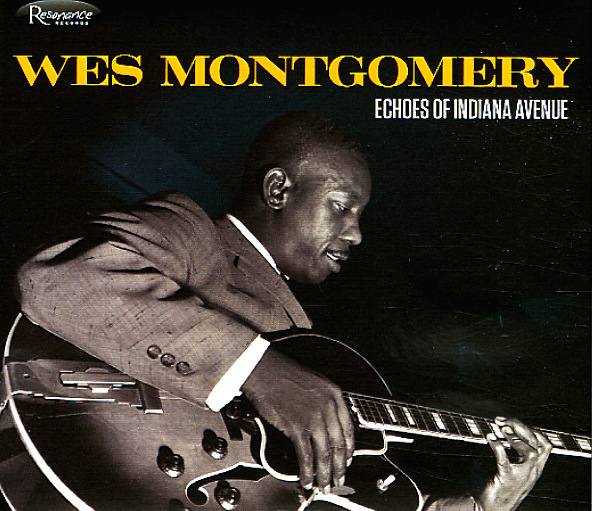 A treasure trove of lost work from Wes Montgomery – very early recordings done in his native Indianapolis, and packaged with a great book of vintage photos as well! The set offers a key look at Wes' music before he moved onto greater fame out west – a great slice of sounds that are closest to his small combo work for Riverside, but which have an even homier feel overall thanks to the presence of some live performances mixed in with the studio sessions! Recording quality is great throughout, and tapes have been very lovingly restored – making the package way more than just a relic, and more a whole new listening experience from the early years of Wes – a magnificent way to hear that legendary tone, already full-formed at the start. Players include some real stalwarts from the Indy scene – including Mel Rhyne on both piano and organ, Earl Van Riper on piano, and on one track, brothers Buddy Montgomery on bass and Monk on piano. Titles include "Diablo's Dance", "Take The A Train", "Nica's Dream", "Round Midnight", "After Hours Blues", and "Misty". 22 page book comes with loads of photos and great essays!  © 1996-2022, Dusty Groove, Inc.

Tequila (with bonus tracks)
Verve, 1966. Used
CD...$11.99 14.99
A classic from Wes Montgomery – and exactly the kind of record that made him a legend in the 60s! The set's one of Wes' collaborations with arranger Claus Ogerman – a key talent who was really on the rise at the time, and who understood how to perfectly balance Montgomery's unique ... CD

So Much Guitar!
Riverside/OJC, 1961. Used
CD...$3.99 5.99
So much guitar – but never too much, given that Wes was the real master of sound and space, even at this early point in his career! The album's one that tries to break Montgomery from some of his smaller combo albums for Riverside, and pair him with a few bigger names – Hank Jones on ... CD

Bumpin' (with bonus tracks)
Verve, 1965. Used
CD...$14.99 18.99
An incredible album from Wes Montgomery – and the beginning of a whole new sound for his guitar! Wes moves away from his small combo soul jazz roots on the set – and hits a wonderfully sweet new vibe with larger arrangements from Don Sebesky – bigger backdrops that fill in the ... CD

Incredible Jazz Guitar Of Wes Montgomery
Riverside/OJC, 1960. Used
CD...$3.99 (LP...$34.99)
They're not kidding with the title of this one – because although the record was only Wes Montgomery's second album as a leader, he was already making plenty of waves with the sound of his guitar! The session lines Wes up with the very tight rhythm team of Tommy Flanagan on piano, Percy ... CD