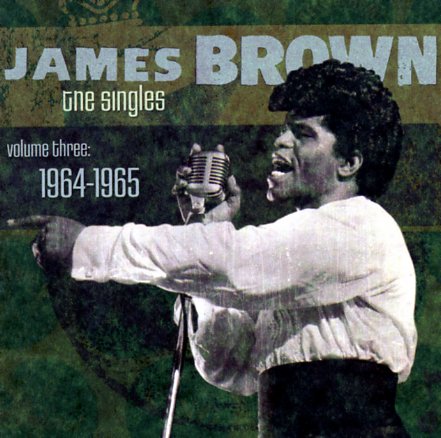 Some of the most exciting years of James Brown's career so far – for a whole host of reasons! First off, James is really experimenting with different styles here – not just the roots of funk that would emerge more fully blown later in the 60s – but also bits of jazz as well, heard here on a number of instrumental, organ-heavy tracks! Added to the stylistic excitement is the fact that during these years, James was recording for more than one label – issuing work on Smash Records as well as King, thanks to some legal wrangling – a situation that further helped to open up his groove! This package may well be the most exciting so far in Hip-O's singles series on Brown – filled with both a and b-sides from the King and Smash years 1964 and 1965 – vocal and instrumental, rough and smooth alike! Collection features 36 tracks in all, plus full notes on each tune – with titles that include "So Long", "Out Of The Blue", "Soul Food (parts 1 & 2)", "Please Please Please (live)", "Again", "How Long Darling", "Have Mercy Baby", "Papa's Got A Brand New Bag (parts 1 & 2)", "I Got You (I Feel Good)", "Lost Someone", "I'll Go Crazy", "Think", "Try Me", "Tell Me What You're Gonna Do", "Out Of Sight", "Maybe The Last Time", "Who's Afraid Of Virginia Woolf", "Fine Old Foxy Self", and "Devil's Hideaway".  © 1996-2021, Dusty Groove, Inc.
(Out of print, limited edition.)

MGM Collection (Hang On In There Baby/Feeling The Magic) (limited edition with bonus track)
MGM/Hip-O Select, 1974/1975. Used
CD...$33.99
Under-discovered 70s soul genius from Johnny Bristol – an artist who's best known for his early work in the Motown studios, but who steps out here as an incredible soul singer in his own right! Johnny's work here has an undeniably funky quality – a full, rich groove that blends ... CD