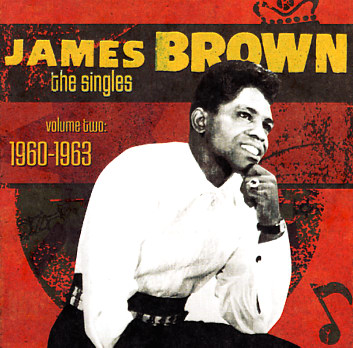 The second chapter in the career of James Brown – right when things really started getting interesting, and the Godfather started to explore a huge array of new styles! The 2CD set is a great follow-up to Hip-O's look at Brown's Federal years – and it tracks his first 3 years of singles for King Records – an array of 40 tracks that run the gamut from bluesy soul to instrumental funk – and everything else in between! James is really at the top of his early game here – bursting out with new ideas on every new session – moving at rapid speed to try out new music with Bobby Byrd, JC Davis, Nat Kendrick, and other key group members during these early years. As with the first volume, the collection presents the music in a single-by-single basis – a and b-sides intact, and documented by great notes that further open up this incredible music. Given that the later albums chopped up all of the tracks and released them in greatly different order, the package is an essential back-to-basics look at this time – handled better than we ever could have imagined! Titles include "Can You Feel It (part 1 & 2)", "Three Hearts In A Tangle", "I've Got Money", "The Bells", "Hold It", "The Scratch", "Sticky", "Suds", "I Don't Mind", "Cross Firing", "Night Flying", "I'll Never Never Let You Go", "I Love You Yes I Do", "Oh Baby Don't You Weep (parts 1 & 2)", "Waiting In Vain", "Devil's Den (parts 1 & 2)", "Can You Feel It (part 1)", "Choo Choo", "Prisoner Of Love", "Why Does Everything Happen To Me", "Bewildered (demo)", and "Night Train".  © 1996-2021, Dusty Groove, Inc.
(Out of print.)