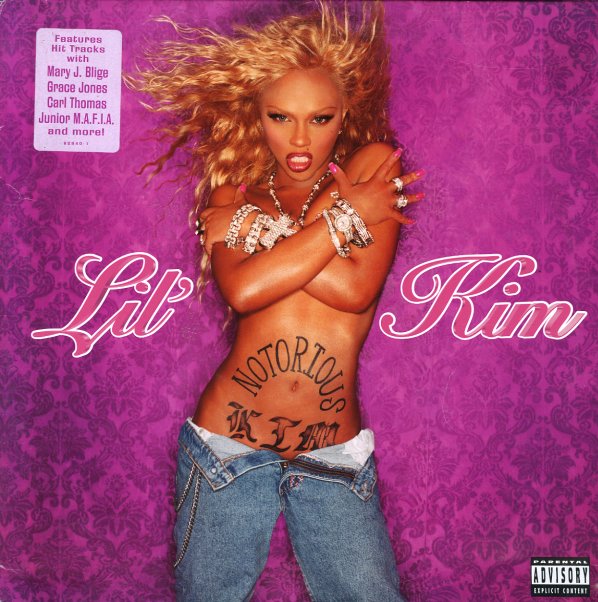 Lil Kim's showing plenty of herself on the cover, and on the record too – just her second set, but one that has the MC grabbing the title of Notorious at a time when it might have been a bit too sensitive for most – and jumping into the fray with all-star help from Mary J Blige, Redman, Grace Jones, and Junior Mafia! Tracks include "Custom Made", "Suck My D**k", "Revolution", "Notorious Kim", "No Matter What They Say", "Queen Bitch Pt 2", "Don't Mess With Me", "Hold On", "How Many Licks", "Off The Wall", "Right Now", and "Lil Drummer Boy".  © 1996-2021, Dusty Groove, Inc.
(Booklet has a gold promo stamp.)