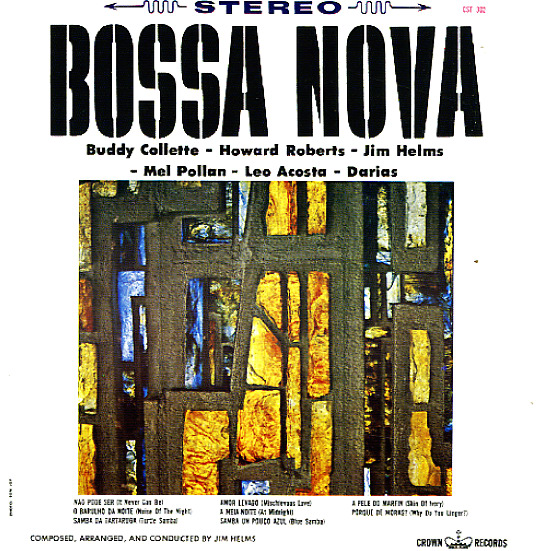 A really cool bit of bossa jazz from reedman Buddy Collette – an artist who's not as well associated with the genre as Stan Getz or Paul Desmond – but who really cooks nicely here! The setting is relatively lean and groovy – with guitar from Howard Roberts, bass from Mel Pollan, and percussion from Leo Acosta and Darias – both of whom bring a nice sort of west coast vibe to the set, one that's different from some of the Verve bossa modes of the time. Jim Helms handled the arrangements, with a nice airy sort of mode – and Buddy plays both tenor and flute, on titles that include "Nao Pode Ser", "Porque De Moras", "A Pele Do Marfin", "A Meie Noite", "Samba Da Tartaruga", and "Amor Levado".  © 1996-2021, Dusty Groove, Inc.