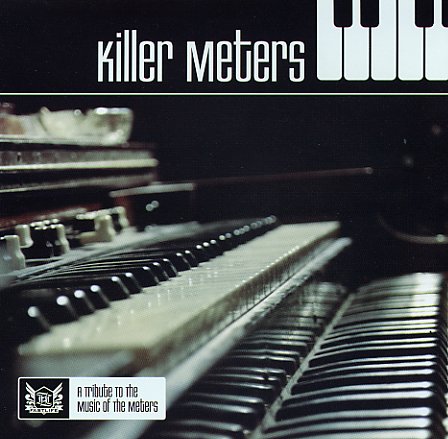 Tribute To The Meters

A killer tribute to the Meters by the Killer Meters – a shadowy quartet that somehow manages to live up to their ambition of recreating the heat of the one-and-only Funky Meters! The group faithfully brings those great Meters tunes to life, thanks in no small part to the furious strength of the original material, and a loose, live sounding production aesthetic that really lets that funky drum sound crack! The Killer Meters consist of Nick Hearsch on guitar, Henry Broadbent on the organ, Kevin Gunes on bass, and Virgil Howe killing it on those drums! They work through a number of the greatest Meters tunes, including "Sophisticated Cissy", "Cissy Strut", "Just Kissed My Baby", "Handclapping Song", "9 To 5", "Cardova", "Ease Back", "Same Old Thing", "Tippie Toes", "Rigormortis" and more!  © 1996-2021, Dusty Groove, Inc.

Soul Brother Where Art Thou – A Tribute To James Brown
Ropeadope, 2019. Used
CD...$8.99
Singer Greg Hester pays tribute to the late Godfather – and does so in a nice way that moves things past the usual! There's definitely plenty of funk in the music – and the band also includes some of James' old bandmates too – but Greg's got a nice blue-eyed soul approach, maybe ... CD