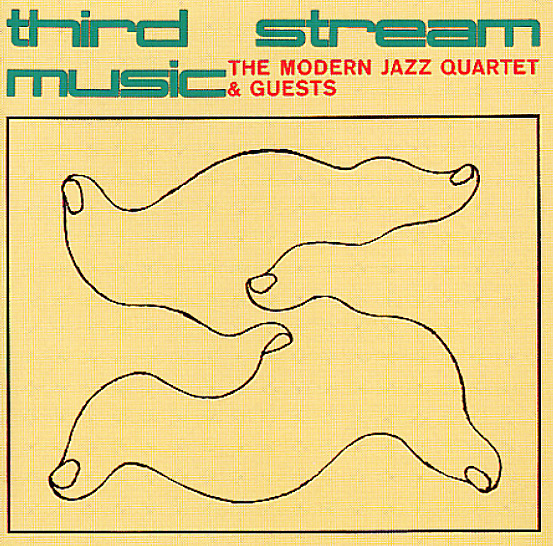 A seminal album that defined the fresh sound of a whole new generation in jazz – that "third stream" movement that was different from the cool jazz of the west coast, and the fire of New York! The style here follows that same mix of jazz and higher-concept elements you'd hear on other Modern Jazz Quartet albums for Atlantic – but the music is expanded here with some great help from outside parties too. The Jimmy Giuffre trio join the quartet on most of side one – adding in Jimmy's snakey clarinet and Jim Hall's fluid guitar lines for a really fresh take on the MJQ groove. The remainder of the album brings in the Beaux Arts String Quartet – who shade in the mix of vibes and piano with these dark strains that are really beautiful – and bring even more drama than usual to the music. Titles include "Da Capo", "Fine", "Exposure", "Sketch", and "Conversation".  © 1996-2021, Dusty Groove, Inc.
(Out of print.)

Thank You For FUML (Funkin Up My Life)
Elektra/Wounded Bird, 1978. Used
CD...$14.99
A post-Blue Note effort, and Donald's changing things up a bit with his 125th Street Orchestra and Uptown Singers – funking along in a way you'd expect from the longwinded title! Byrd loostens up the smoother backgrounds of his recent Larry Mizell helmed work, and in their place are grooves ... CD