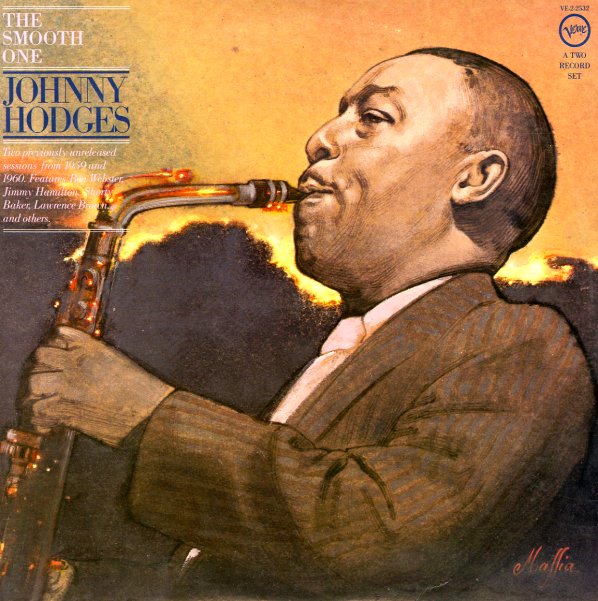 A rare treat – 2LPs worth of material by Johnny Hodges, recorded at the end of the 50s, but never issued until this late 70s set! The first disc features a 1959 session, with players that include Harold Baker, Quentin Jackson, Ben Webster, Jimmy Hamilton, and Jo Jones – accompanying Hodges on some shorter tracks that include a good number of original titles, including "Second Klass", "Straight Back", "First Klass", "Third Klass", and "Nite Life". Disc two continues the Ellington-inflected mode, with players that include Baker, Hamilton, Ray Nance, Lawrence Brown, and Harold Ashby – on slightly longer titles that include "Get Ready", "Peaches", "Hygiene", "Starting With You", "I Told You So", and "Wiggle Awhile".  © 1996-2022, Dusty Groove, Inc.
(Cover has a stuck gatefold, some staining on the bottom, and light wear.)