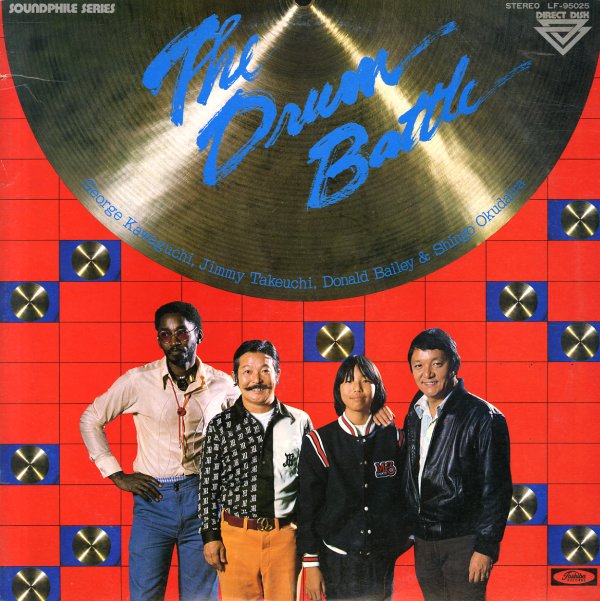 Drummer George Kawaguchi was one of Japan's strongest straight ahead drummers in the 70s – with a fine talent for traditional swing based grooving, in a mode that was inspired by Gene Krupa and Louis Bellson. This set's got George working as one of 4 drummers – 2 more Japanese (Jimmy Takeuchi and Shingo Okudaira) and 1 American (Donald Bailey) – in a style that's kind of an open jam session, with a focus on the drum solos. The record features 3 long tracks – "Drum Boogie", "Bernie's Tune", and "Jumpin At The Woodside" – with added instrumentation that includes piano and Fender Rhodes by Toshihiko Ogawa, tenor by Konosuke Saijo, and trumpet by Tetsuo Fushimi.  © 1996-2021, Dusty Groove, Inc.
(Original Japanese pressing, including the insert.)