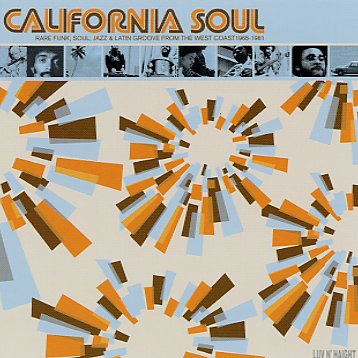 Funky funky California – and a great set of rare grooves from the 70s! The folks at Luv N Haight records are up to their old tricks – digging through the crates for the kind of hard-to-find funky tracks that first gave birth to the fame of the Ubiquity label. The set traces a sound that barely shows up in the history books – the harder funky sound of California in the 70s, a scene that was mostly underground, and which stood in stark contrast to the smoother sounds coming out on major labels at the time. A few of the artists on the set might be familiar through other Luv N Haight reissues, and there's others here that we've never heard at all – grooving in hard and heavy styles that spread across the Sunshine State from East LA to Funky Frisco to Oaktown – a total of 14 tracks that include "Freaky To You" by Sweet Stuff, "Losing You" by Cordial, "Love & Affection" by Ike White, "Freedom Time" by Linda Tillery, "Patience" by Rokk, "Party Time" by Roy Porter, "Carnaval" by Oquesta Esencia, "Wobble Cha" by Cool Benny, "Feelin Alright" by West Coast Revival, "Where Do We Go From Here" by Cool Sounds, "Hang On In There" by Mike James Kirkland, "Daydreamer" by Adele Sebastian, and "A Real Thing" by Sons & Daughters Of Life.  © 1996-2021, Dusty Groove, Inc.