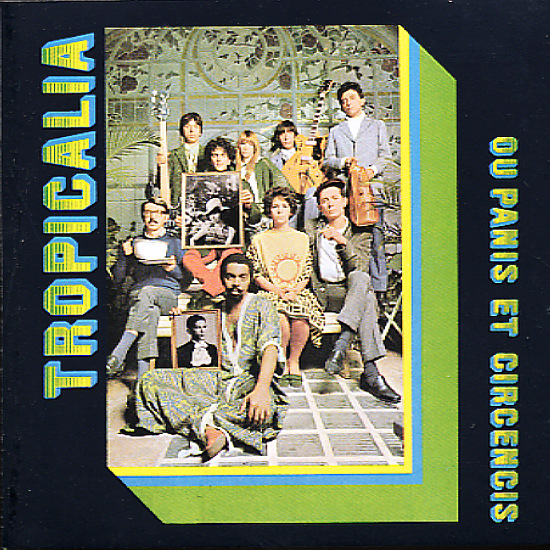 A landmark album – not just in Brazilian music, but in all modern music in general! The set's a legendary manifesto for the Tropicalia movement in Brazil – and features key works by all the leading musical luminaries in the movement – including a few later stars who are heard here at their most edgey! The work is as groundbreaking today as it was at the end of the 60s – a brilliant testament to the power of artists to really break down boundaries in art and music, and find a way to mix the political with the popular at the same time. Titles include a fantastic version of Gal Costa and Caetano Veloso singing "Baby", the "Tres Caravelas" duet between Caetano Veloso and Gilberto Gil, Gil's great reading of "Bat Macumba" with Costa and Veloso, Nara Leao singing "Lindoneia", Os Mutantes performing "Panis Et Circenses", Gilberto on "Geleia Geral, Caetano doing "Coracao Materno, and Rita Lee, Gal Costa, and Caetano Veloso singing "Enquanto Seu Lobo Nao Vem".  © 1996-2020, Dusty Groove, Inc.
(On heavy vinyl – and with a bonus CD of the album!)