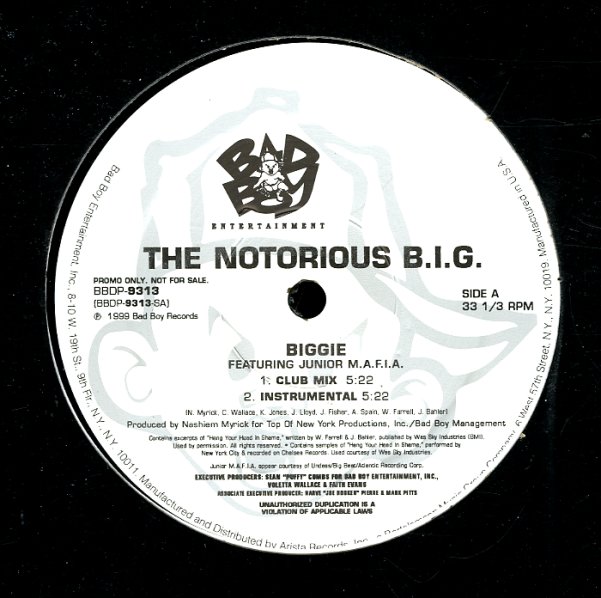 Featuring Junior MAFIA.
(Promo in a Bad Boy sleeve, with a small sticker.)