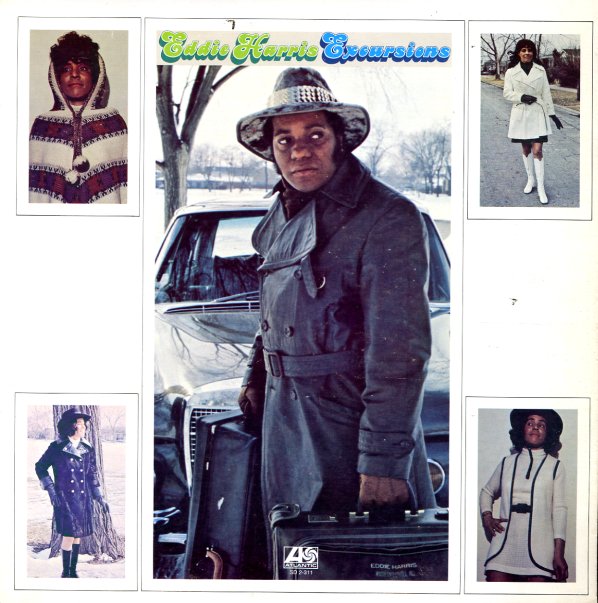 A super-long batch of messed-up funky jazz from Eddie Harris! The record's got Eddie working all aspects of the electric sax – in a similar style to some of his other work on the best Atlantic albums of the 70s (like Instant Death of Plug It In) – and the group features a shifting cast of hip players that even includes Muhal Richard Abrams on electric piano! Eddie's nice and tripped out here – yet still undeniably funky – and the record is proof that the move to Atlantic let him really open up his concept. Titles include "Renovated Rhythm", "Turbulence", "Recess", "Drunk Man", "Listen Here Goes Funky", "Hey Wado", and "Fragmentary Apparitions".  © 1996-2021, Dusty Groove, Inc.
(Sealed original pressing, with cutout mark. Note: Shrink is open along the bottom seam, which has some wear and light staining, but we're guessing the record should be fine.)