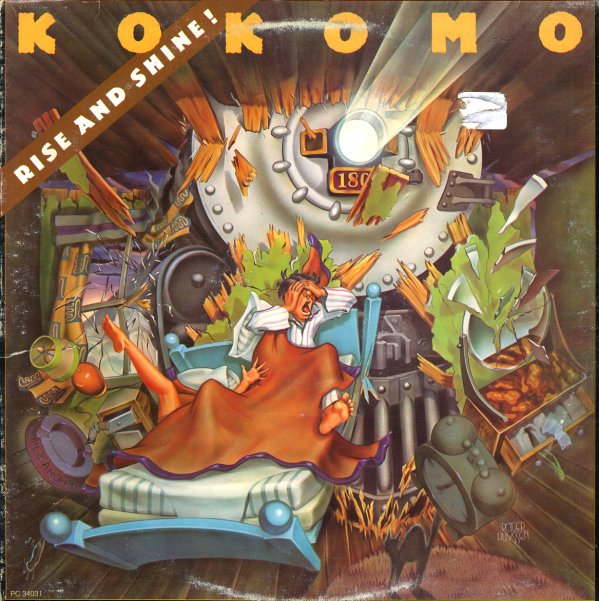 Second LP from this slick British funk outfit, with a soulful jazzy edge like many of the bigger acts of their day. The record has a surprisingly tight, compressed groove, considering the band is a bunch of long haried Brits in dirty t-shirts (at least from what we can tell), but it's the mellower numbers rather than the funky ones that stand out to us, like "Angel Love", "Happy Birthday" and "Little Girl".  © 1996-2023, Dusty Groove, Inc.
(White label promo. Cover has light surface & edge wear, timing strip, promo stamp.)

Throw Down
Lifesong/CBS, 1978. Near Mint-
LP...$16.99
The group's second album – with a few tracks still produced by Eugene McDaniels, and the rest handled by Cashman & West. Titles include "Wanna Dance", "The Prophet", "Stayed Away Too Long", "Throw Down", and "Telephone". LP, Vinyl record album

Sex & Material Possessions
Pavillion/CBS, 1982. Near Mint-
LP...$11.99
The second set from this early 80s disco trio – a Tony Valor side project, served up with all the soaringly soulful lines we love in his work from the 70s! Fantasy features two male singers and one female – trading back vocals nicely over catchy rhythms that sparkle with plenty of soul ... LP, Vinyl record album

Trammps
Golden Fleece/CBS, 1975. Near Mint-
LP...$7.99
Wonderful early work from The Trammps – recorded before the group got a bit too bogged down in their own disco fame, when they were still capable of hitting that tight, right Philly club groove! The album's got a simple brilliance that sparkles almost more than the Gamble & Huff work at ... LP, Vinyl record album