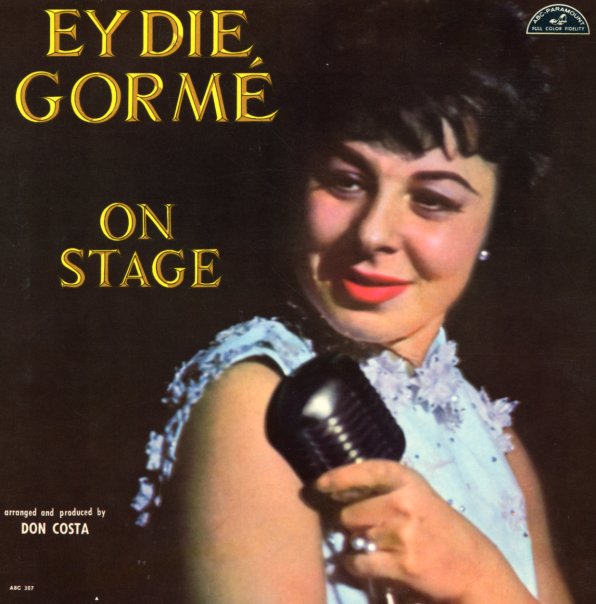 Don Costa arranged, and the set features a few trumpet solos from Charlie Walp – on titles that include "I'm Shooting High", "I'm In Luck", "All Right Okay You Win", "Taking A Chance On Love", and "Better Luck Next Time".  © 1996-2020, Dusty Groove, Inc.
(Mono deep groove pressing.)

When The Lights Go On Again
ABC, Late 60s. Near Mint-
LP...$11.99
A strange late effort from Kay Starr – but a nice one! At this point in her career, Kay was way past her early 50s hits – but she still had a voice that was instantly recognizable, and which always lent itself nicely to slower and dreamier pop-type tunes. She gets plenty of those on ... LP, Vinyl record album

Once Around The Clock
ABC, 1959. Near Mint-
LP...$11.99
A great 50s vocal session – for a number of reasons! One of the strongest is Patricia herself – a fresh-voice singer who's without hoke – backed by some moody arrangements from the Creed Taylor Orchestra. Even better is the selection of tunes – which includes a number of ... LP, Vinyl record album

Free & Easy
ABC, 1957. Very Good+
LP...$9.99
One of the grooviest records ever by the wonderful vocal team of Jackie & Roy – a sweetly swinging 50s session, with great LA jazz backings from the orchestra of Bill Holman! There's a breezy vibe to the whole thing that's years ahead of its time – not pop harmony vocals, but an ... LP, Vinyl record album

Glory Of Love
ABC, 1956. Near Mint-
LP...$4.99
One of our favorite albums by the team of Jackie & Roy – a really special little set that features small combo backing, great tunes, and some of the best vocals of their early career! The album features Roy playing piano in a quartet with Barry Galbraith on guitar, Milt Hinton on bass, ... LP, Vinyl record album