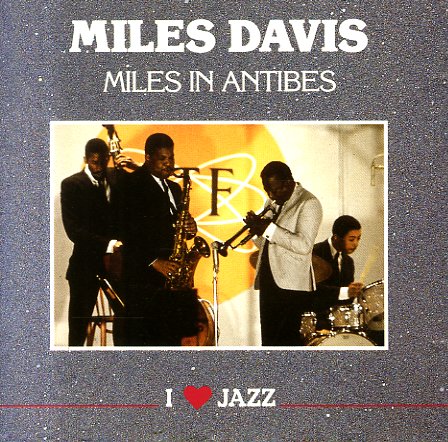 Miles In Antibes (aka Miles Davis In Europe)

A wonderful live set from the Seven Steps-era Miles group – with rhythm by Herbie Hancock, Ron Carter, and Tony Williams – and tunes that are all in that transformative mode that really showed Miles hitting a new voice at the time! Tenorist George Coleman's playing with the group on the set – proving again that he's got a depth that few people ever seem to give him credit for – and that it wasn't just Wayne Shorter who made the 60s Davis quintet so great. Titles include "Autumn Leaves", "All Of You", "Walkin", and "Joshua".  © 1996-2021, Dusty Groove, Inc.

Keys To The City
CBS, 1987. Used
CD...$11.99
With Larry Dunn on keyboards and arrangements, Don Myrick on saxophone, Steven Dunn on drums and percussion, Roland Bautista on guitar, Bill Ruppert and Byron Gregory on electric guitar, Maurice White on percussion, and Robyn Smith on synthesizers and drum programming. CD

Golden Hits
CBS, 1973. Used
CD...$4.99
We know you've seen this record a million times, just like us, and probably passed it up because it appears to be a greatest hits compilation, just like we did! But it's actually Ramsey and his funky mid 70s trio with Morris Jennings and Cleveland Eaton revisiting some of his best loved material ... CD