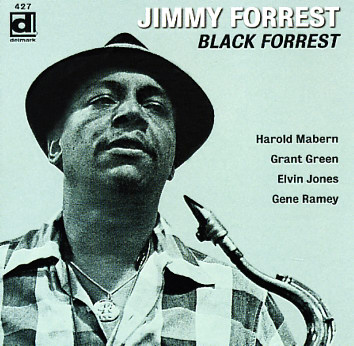 Great material from the sessions for Jimmy Forrest's album All The Gin Is Gone – recorded by Delmark back in their early days, and done with an underground groove that Jimmy didn't always get on record! The core group on the album features players Jimmy was working with under the leadership of Harry Edison – drummer Elvin Jones, pianist Harold Mabern, and bassist Gene Ramey – and a very young Grant Green sits in on guitar on a few of the album's best numbers. Titles include alternates of tracks from All The Gin, plus other numbers new to the set – and tracks include "Dog It", "Black Forrest", "Sunkefoal", "These Foolish Things", "You Go To My Head", "All The Gin Is Gone", and "What's New". CD also features a previously unissued take of "These Foolish Things".  © 1996-2020, Dusty Groove, Inc.