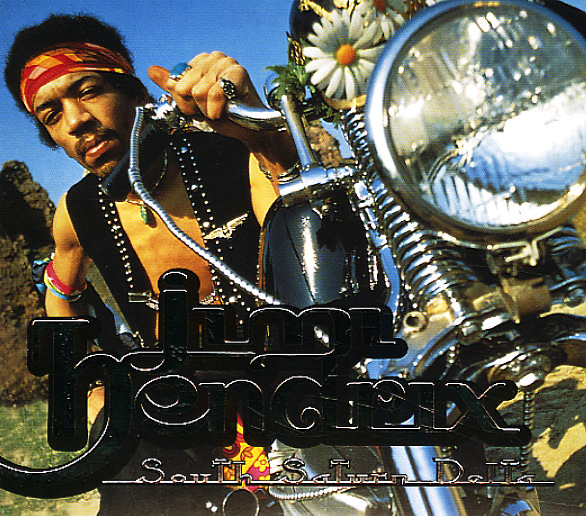 Hard blues and soul loving material from Hendrix – the excellent South Saturn Delta compilation of rarities, alternate mixes and other bits from throughout Jimi's too short life and career! It's killer stuff that stands up today as well as any posthumous Hendrix release, really pulling together the breadth of stylistic range over the years. Includes "Look Over Yonder", "Here He Comes (Lover Man)", "South Saturn Delta", "Tax Free", "Midnight", "Drifter's Escape", "Midnight Lightning", "All Along The Watchtower", "Power Of Soul" and more.  © 1996-2022, Dusty Groove, Inc.
(Out of print.)