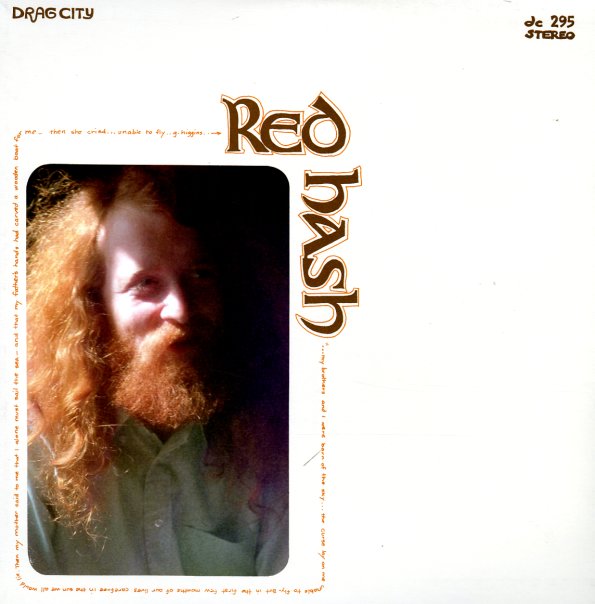 The lone early 70s masterpiece from Gary Higgins! Red Hash is monumental on a few fronts, a huge one being how far his influence reached despite the album spending so many years as a rarity, beloved by the relative few who've heard it. Seriously, we can think of a few icons of the indie folk 90s and 00s whose music simply would not exist if not for this record! But despite that, Red Hash is incredible on it's own terms – underground psych folk at it's finest – with titles that include "Thicker Than A Smokey", "It Didn't Take Too Long", "Windy Child", "Telegraph Towers", "I Can't Sleep At Night", "Cuckoo", "Stable The Spuds", "Unable To Fly", and "Looking For June"  © 1996-2021, Dusty Groove, Inc.
(Includes a bonus 7-inch single with"Don't Ya Know" and "Last Great Sperm Whale".)