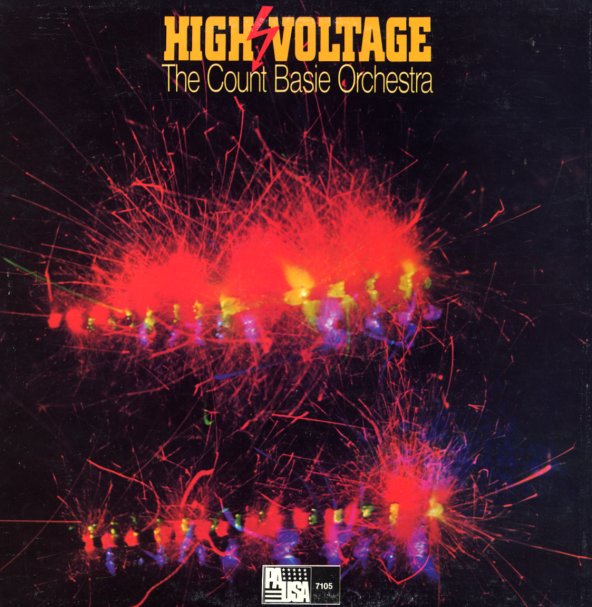 Late niceness from Count Basie – and a set that definitely lives up to its name – a really high energy set, and one of the few times that Basie ever recorded for the MPS label! The group here works with sharp arrangements from Chico O'Farrill – who's got that punchy groove he was really perfecting in the 60s – a rhythmic snap that works just as well with the Basie group as Neal Hefti's charts did a decade before! Tunes are mostly standards, served up in a no-nonsense mode that's very heavy on the overall rhythmic conception of the group – but with some nice breakout solo moments, too – as you might hope for with a group that includes Eddie Lockjaw Davis on tenor, Eric Dixon on flute and tenor, Joe Newman on trumpet, Jerry Dodgion on alto, and Buddy Morrow on trombone. Titles include "Together", "If I Were A Bell", "The Lady Is A Tramp", "Chicago", "Have You Met Miss Jones", "Day In Day Out", and "When Sunny Gets Blue".  © 1996-2021, Dusty Groove, Inc.
(Early 80s PAUSA pressing. Cover has some small light stains at the spine.)