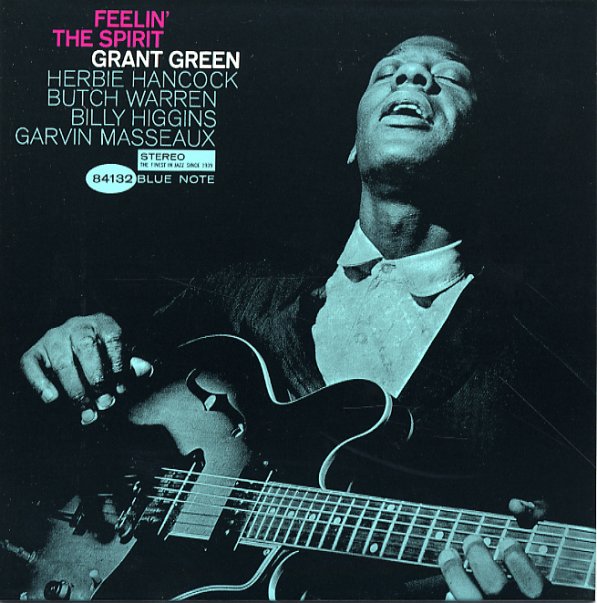 Guitar genius Grant Green is definitely feelin the spirit here – as he mixes his lean 60s style with a host of traditional numbers from the spiritual canon – at a level that provided a whole new sense of soul at the time! There was plenty of music influenced by gospel during the decade – but here, Green makes the link a lot more explicit – taking traditional themes and turning them into jazz instrumentals – with the help of a lean quartet that features Herbie Hancock on piano, Butch Warren on bass, and Billy Higgins on drums – all working with a feel that's a lot more like the Grant Green/Sonny Clark material than some of Grant's more organ or tenor-assisted albums! Garvin Masseaux provides a bit of extra percussion on tambourine – and titles include "Go Down Moses", "Just A Closer Walk With Thee", "Sometimes I Feel Like A Motherless Child", and "Nobody Knows The Trouble I've Seen".  © 1996-2023, Dusty Groove, Inc.
(Out of print.)

Idle Moments (with bonus tracks)
Blue Note, 1963. Used
CD...$5.99 (LP...$25.99)
A warmly melodic session from Blue Note's greatest guitarist! The sound of the set's as evocative as the title – an idle moment of space between the notes, explored by Green's tight single-note work on guitar – and wonderfully supported by a lineup that includes Joe Henderson on tenor, ... CD