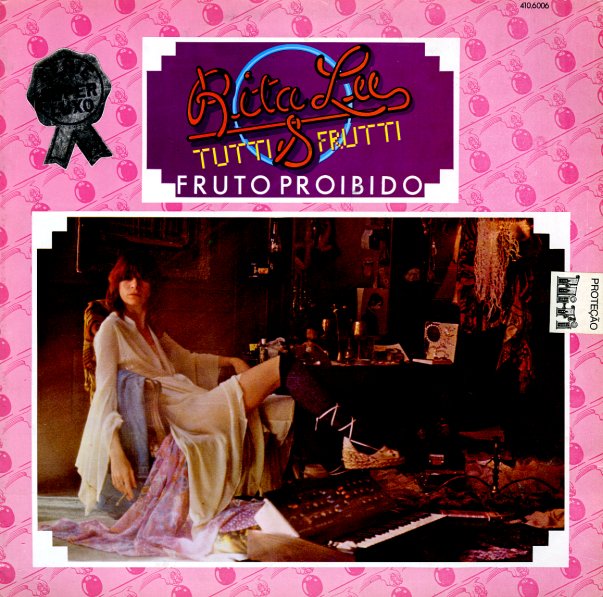 Forbidden Fruit from the great Rita Lee – a record that has her working with the Tutti Frutti combo, a line that's decidedly more mainstream than her more famous group, Os Mutantes – but one who also really let Rita focus on her newly-developed title for putting over a very catchy tune! The group bring more of a rock-heavy finish to the record than some of Rita's later work – and the guitars and vocals are nicely compressed down in the production – maybe a bit like some of the best Brit mainstream work of the mid 70s – an approach that works well for Lee, and maybe even makes some of the music feel as much like a commentary on mainstream rock as much as catchy tuneful work headed for the charts. Titles include "O Toque", "Ovelha Negra", "Pirataria", "Dancar Pra-nao Dancar", and "Carto Postal".  © 1996-2021, Dusty Groove, Inc.