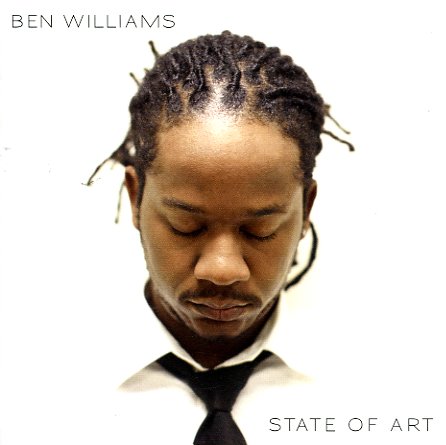 An exciting debut from bassist Ben Williams – who we're hoping busts out a really big way! State Of Art was recorded over just a 2 day period – which isn't especially noteworthy given that many of the greatest jazz albums were recorded nice and quick-like – but the sprawling stylistic range here and the large cast of guests make that mightily impressive. A tribute to Lee Morgan features MC John Robinson and trumpet player Christian Scott and a couple tracks feature a 4-part string section – while most tracks feature sax, guitar, keys, drums and percussion. Appreciation of classic 60s jazz as well as later soul jazz and hip hop informs his style, and we're expecting some great things to come from Ben Williams. Includes "Home", "Moontrane", "The Lee Morgan Story" featuring rhymes by John Robinson & Christian Scott, "Dawn Of A New Day", "Little Susie", "November", "Part-Time Lover", "Things Don't Exist", "Mr Dynamite" and "Moonlight In Vermont".  © 1996-2023, Dusty Groove, Inc.