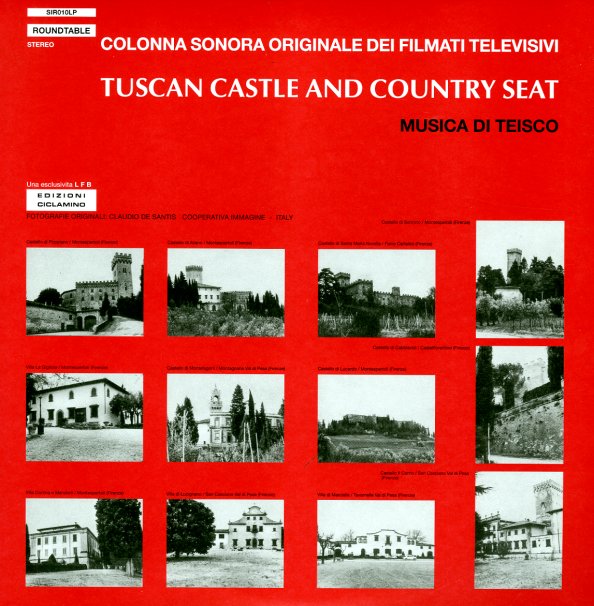 Hardly the kind of record you'd expect with the words "castle" and "country" in the title – a madly tripped-out sound library session that's equal parts psych funk and experimental sounds! Some of the shorter tunes are nice and funky – with raw, minimal drums and guitar that almost seem like they're going to veer off the track – a bit like the John Cale/Terry Riley experiments on Columbia. But other tunes are weirder and spacier – some with fuzzy electronics, others with a weirdly spacious, open use of guitar or piano – not really dreamy, but more tripped-out and long-form – almost a precursor to Spacemen 3. Titles include "City Sound Perspective", "Old Colours", "White Gladiator", "Green Water", and "Vision Of Shore".  © 1996-2022, Dusty Groove, Inc.
(Heavy vinyl and cover – and bonus notes too!)