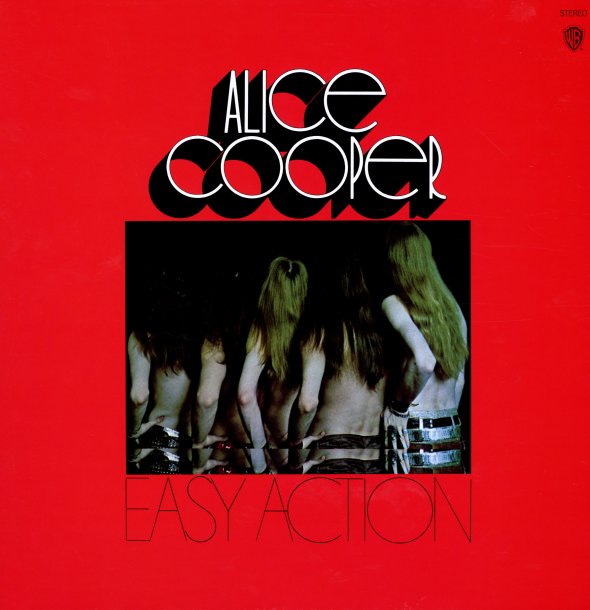 Early work from the Alice Cooper band – working in a hard grooving, late 60s psych and garage rock informed sound, a couple years before the Bob Ezrin-produced, shock rock juggernaut – but still a nicely sinister Detroit rock & roll sound! Alice's sneering, snakelike vocals are laying the bedrock for the nastiness to come – and this is the best, pre-superstar Alice Cooper album, and also a lot stronger than the cheesy, self referential late 70s stuff. Titles include Mr & Misdemeanor", "Shoe Salesman", "Still No Air", "Below Your Means", "Return Of The Spiders", "Laughing At Me", "Lay Down And Die, Goodbye" and more.  © 1996-2022, Dusty Groove, Inc.
(Burbank pressing. Cover has splitting on the top seam and light surface wear.)

Pretties For You
Straight/Warner, 1969. Very Good+ Gatefold
LP...$14.99 29.99
Pre-shock rock psychedelia from Alice Cooper – more of a Detroit-reared answer to early Pink Floyd than it is a clue to the early metal horror show to come – and a record that stands stunningly well on its own! Since most people never even heard Pretties For You until long after Alice ... LP, Vinyl record album

Skeletons In The Closet – The Best Of The Grateful Dead
Warner, Late 60s/Early 70s. Near Mint-
LP...$34.99 (CD...$1.99)
The long strange trip the Grateful Dead began with Warner Bros in the late 60s culminated in this concise, pretty darn solid attempt at an early Best Of, appropriately called Skeletons In The Closet! The Dead would never be best known for their studio recordings, but this really is a good reminder ... LP, Vinyl record album

Songs Of The Free
Warner, 1982. Near Mint-
LP...$14.99
Quite possibly our favorite Gang Of Four album – and the one in which their funk approach really seems to work! The album's got a camp appeal that can't be denied – known famously for it's big post-disco hit "I Love A Man In Uniform" – but overall the whole thing ... LP, Vinyl record album

Music By Mason Williams
Warner, Late 60s. Near Mint-
LP...$3.99
Sublime genius from Mason Williams – one of the most subtle talents in the Warner hip stable at the time – more so than even Jack Nitzsche or Van Dyke Parks! The album is a non-ironic blend of soundtrack styles, country music, and even some pseudo classical numbers – all handled ... LP, Vinyl record album