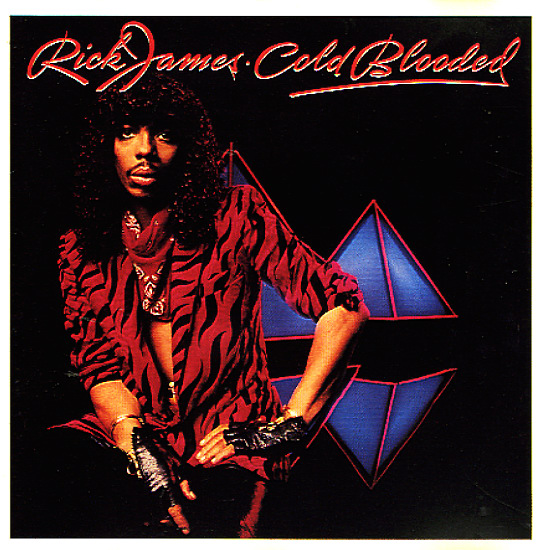 Another stone winner from Rick James' early 80s run for Motown – a set that follows strongly on territory opened up by previous records – especially that bass-heavy approach to funk! The record's maybe not as stone classic as others, but still is way tighter and more put-together than most of the James imitators of the time – and features some nice moments that include the very groovy title cut, the mellow "Ebony Eyes" duet with Smokey Robinson, and even a guest appearance from Grandmaster Flash. Titles include "Cold Blooded", "Ebony Eyes", "Pimp The Simp", "U Bring The Freak Out", "Doin' It", "Unity" and "123 (U Her & Me)".  © 1996-2020, Dusty Groove, Inc.
(Includes the printed inner sleeve.)