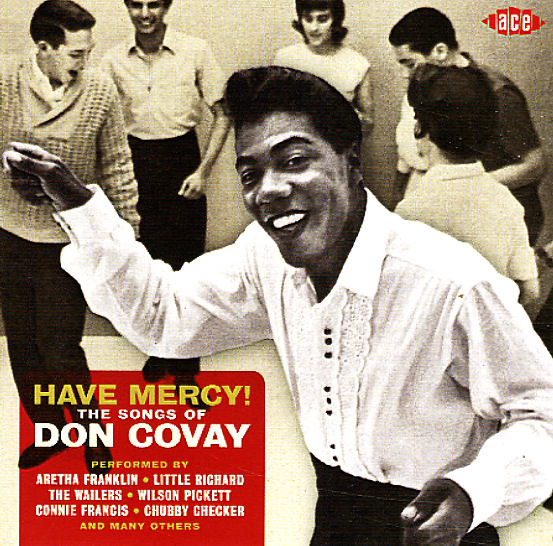 A wonderful testament to songwriting mastery of Don Covay – one of greatest singing and songwriting double threats ever – and if you didn't already know that, this excellent compilation will set you straight! No tribute to Covay the songwriter would be complete without Aretha Franklin's "Chain Of Fools" – but the set actually goes a lot deeper, with straight-up classic soul treasures, raucous R&B, stirring vocal tunes, some funk and funky rock. The reach is impressive, with the aforementioned Aretha hit, plus songs recorded by Wilson Pickett, Etta James, Joe Tex, The Staple Singers, Wanda Jackson, The Wailers, Little Richard, Gene Vincent, Dee Clark, Connie Francis and more! 26 tracks in all, completed by a great set of notes: with "Three Time Loser" by Wilson Pickett, "You're Good For Me" by Lena Horne, "Don't Drive Me Away" by Ben E King, the funky gem "Sookie Sookie" by Tina Britt, "She Said Yeah" by Joe Tex, "Watch The One Who Brings You The News" by Millie Jackson, "Long Tall Shorty" by The Graham Bond Originization, "Mon Cherie Au Revoir" by Arlene Smith and more.  © 1996-2022, Dusty Groove, Inc.